Gujarat Corona Virus Positive case News
Corona virus that has spread around the world, including India, has also spread to Gujarat. In the state, two cases were positive in the health department
Confirmed.

The Health Department team tweeted that "two cases in Rajkot and Surat have been found to be positive for corona virus. Our Team Our team is taking the necessary steps, including Quarantine. "

Two positive cases of Corona have come up in Gujarat. In which a suspected case of Rajkot and a suspected case of Surat have come positive. In this regard, the state Health and Family Welfare Department tweeted that two suspected cases in Rajkot and Surat have come positive. Our team is taking the necessary steps, including quarantine. Prominent Health Secretary Jayanti Ravi has officially announced this. Both patients are currently in stable condition. The young woman from Surat came from New York while Rajkot's young man from Mecca Medina. The state Health Minister Nitin Patel also announced that two positive corona cases have been registered in the state. 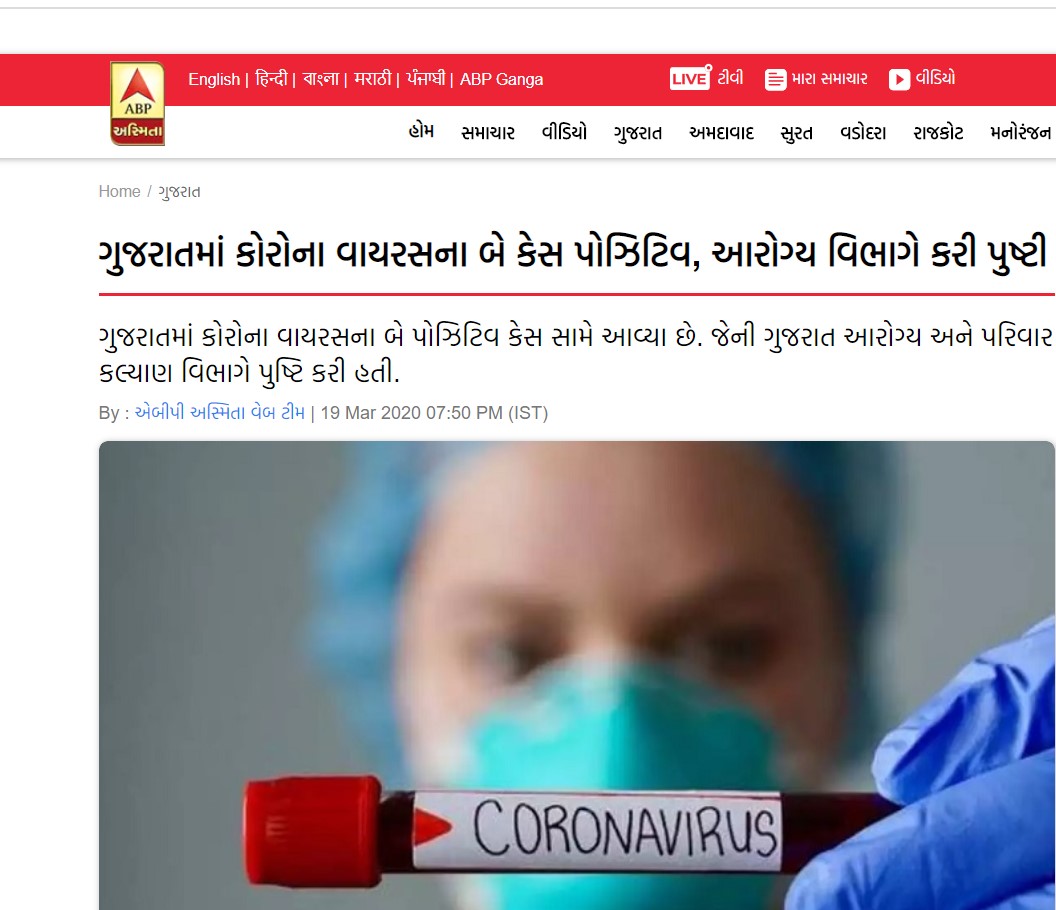 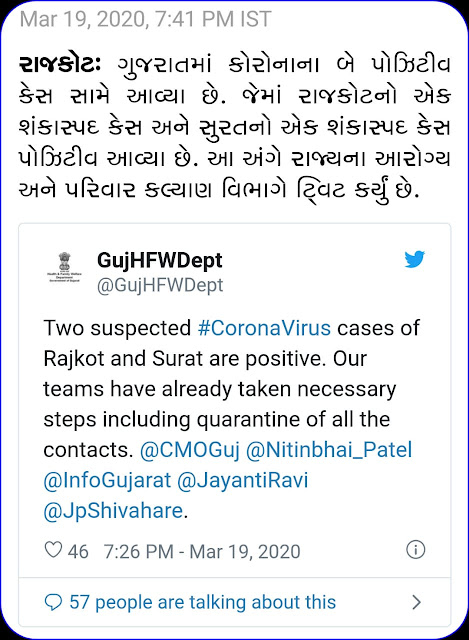