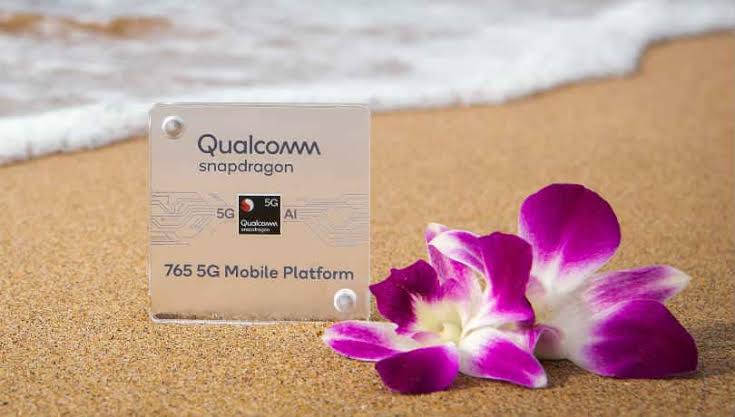 5G is a hot topic this week at Qualcomm's Snapdragon Technology Summit in Hawaii.
The chip and the separate 5G modem that will power a big chunk of next year's high-end smartphones are finally here. And a couple more processors, aimed at slightly cheaper phones, will come with 5G modems already integrated.

Qualcomm, the world's biggest wireless chipmaker, on Tuesday unveiled its new Snapdragon 865 processor for high-end smartphones in 2020. The chip will power devices like Xiaomi's Mi 10 and Oppo's next high-end phone, two flagship devices expected to launch in the first quarter of 2020.

Surprisingly, phone makers that want to use the Snapdragon 865 and connect their devices to a 5G network must also buy Qualcomm's X55 modem. Many market watchers had expected Qualcomm's newest high-end chip to integrate 5G on the same chip as the application processor.

Instead, phone makers that want a single chip that acts as the brains of a device and connects to 5G can instead opt for Qualcomm's new Snapdragon 765 or 765G that include the slower X52 modem. The 765 and 765G processors will be aimed at cheaper smartphones than devices using the 865.

Consumers get lots of benefits from the integration of a phone's brains with the modem, including better battery life and lower cost. Motorola and HMD, which makes Nokia phones, are two companies that plan to introduce phones powered by the Snapdragon 765 family.

"2020 is the year 5G goes mainstream," Qualcomm President Cristiano Amon said Tuesday in a blog post. He added during a keynote Tuesday that "we're very happy as an industry with the progress we made with 5G" in 2019.

Like in previous years, Qualcomm unveiled the names of its new mobile chips on Tuesday and said it would give more details about their capabilities the following day. Along with introducing new processors, the company is using the conference as the place to outline its vision for the mobile world in the coming year. This time around, it's talking almost nonstop about 5G.

5G promises to significantly boost the speed, coverage and responsiveness of wireless networks. It can run 10 to 100 times faster than a typical cellular connection today, and it'll also boost how fast a device will connect to the network with speeds as quick as a millisecond to start your download or upload. Operators around the globe began rolling out their networks in 2019.

For Qualcomm, this week's message about 5G comes through loud and clear: It wants 5G to be everywhere, even on cheaper devices, as soon as possible. And it expects the 5G revolution to be powered by its Snapdragon 865 paired with the X55 modem -- or by the Snapdragon 765 and 765G with an integrated X52.

In markets like the US in 2020, it may be almost impossible to buy a premium phone that doesn't come with 5G. Even Apple is working on putting 5G in the iPhone in 2020.

"We're projecting that more than 200 million 5G smartphones will ship in this coming year alone," Amon said Tuesday, echoing remarks from Qualcomm's investor presentations in November. That number is predicted to rise to over 450 million in 2021 and to over 750 million in 2022.

By comparison, Samsung -- the world's biggest handset maker -- said in September that it had sold 2 million 5G phones since May and that it expected to sell 4 million by the end of 2019. (That may seem like a lot, but it's just a tiny fraction of Samsung's total smartphone sales. In the second quarter, Samsung shipped 76.3 million smartphones, according to Strategy Analytics). Samsung offers a handful of 5G devices, while many of its rivals offer only one.

Apple's likely foray into 5G next year could be one reason Qualcomm is so optimistic about the market in 2020.

5G's arrival
While the super-fast mobile connectivity started rolling out worldwide this year, early experiences on the devices and the networks in the US have been criticized by tech reviewers and regular consumers. The devices have tended to run hot and 5G connectivity has been difficult to find in the cities where the service is available.

Still, more than 40 wireless operators around the globe have turned on their 5G networks, and more than 40 handset makers have introduced 5G devices, Qualcomm said. The rollout, even with its hiccups, is "significantly faster than 4G, where just four operators and three [device makers] launched in the first year," Amon said.

"I had very high hopes for 5G's rollout, but what's happening is exceeding all expectations," Amon said. "It's the fastest G transition we've ever seen."
The industry has been waiting on Qualcomm's next modem, the X55, to supercharge the expansion of 5G. The X55, unveiled in February, can run on all of the cellular networks from 5G to 2G, and it works on the flavor of 5G favored by AT&T and T-Mobile for their broader network rollouts. Users also will be able to switch between carriers with the same phone -- something you can't do with current 5G devices, which are tied to a specific network.

Qualcomm's 5G modems pair with the Snapdragon 865 and 765 in slightly different ways.
865 vs. 765
Qualcomm makes standalone modems to connect phones to mobile networks, but it's best known for its ability to integrate a modem with the application processor. Doing so reduces power consumption and the amount of space the chips take up in a device, letting phones become sleeker than before or pack in larger batteries. Having an integrated chip also enables device makers to quickly develop phones for essentially any 5G network in the world. And it makes 5G handsets cheaper for consumers.

But Qualcomm isn't integrating 5G into its new highest-end chip, the Snapdragon 865. Instead, the first processors to come with integrated 5G are the slightly lower-end Snapdragon 765 and 765G, and they're using a slightly slower 5G modem. That fact likely surprises some market watchers, who had expected the integrated chip that Qualcomm has talked about since February to show up in its highest-end processor.

But the 765 and 765G (the G stands for gaming) will let 5G come to midrange devices, an area that currently doesn't have the faster connectivity.

When 4G came out a decade ago, it had two generations in which the brains of a device were separate from the modem, Alex Katouzian, senior vice president and general manager of mobile at Qualcomm, said in an interview ahead of the summit.

"The standard is new," Katouzian said. "We haven't had time to vet out different features for the modem to make it more optimized and smaller. What happens over the course of time is some features get used a lot more than others so we can figure out what to use and what not to use. As the third generation rolls out … we can make a single chip."

Speeding 5G development
To help get 5G in more devices faster, Qualcomm has built "mobile platform-based modules" for the first time, calling them the Snapdragon 865 and 765 Modular Platforms. These systems contain essentially all of the components needed to power a device, from the brains to the power management. And they will already be certified by carriers, speeding up the time needed to get the phones onto networks.

Not all handset makers today have engineering departments capable of quickly implementing 5G. The aim of the modules "is to take entire chipset, including almost all components laid out externally, and put them into modules and give those modules to [handset developers] who want to crank out 5G phones at a much faster rate," Katouzian said.

The modules take up less space than "than the very complicated 5G design boards" that a handset maker may create on its own, he said. That lets the companies increase the battery size because the chips take up less space inside the phone. And they can release more 5G handset models in a shorter period of time.

HMD is one customer that will use Qualcomm's new Snapdragon modules. Verizon and Vodafone are the first carriers that plan to support Qualcomm's Modular Platforms, and more should follow in 2020.

Read This Article in Gujarati