Aapnu Gujarat » Jio » News » Bad news for Jio's customers after Vodafone-Idea and Airtel, prices will rise this much from December 6

Bad news for Jio's customers after Vodafone-Idea and Airtel, prices will rise this much from December 6

Posted BY Aapanu Gujarat
3 December 2019
Join WhatsApp Group
Bad news for Jio's customers after Vodafone-Idea and Airtel, prices will rise this much from December 6

Cheap calling time in the country is about to end. After Airtel and Vodafone-Idea, Mukesh Ambani's Reliance Jio has also announced an increase in mobile tariffs. The company says mobile tariff will be increased by 40 percent from December 6. In a statement issued on Sunday, the company said that mobile service rates will be raised under All in One Plans, giving customers up to 300% benefits.

Reliance Jio's plans will be expensive from December 6 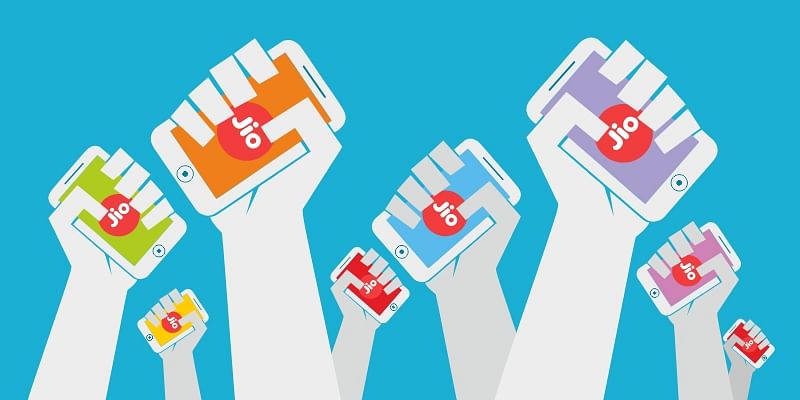 The company said in its statement that Jio will launch an all-in-one plan in a short period of time, in which customers will get unlimited voice and data. Under these plans, customers will be able to make calls on other mobile networks comfortably. The new plans, however, will be up to 40% more expensive. But under the promise of 'Customers First', customers will be given 300 per cent more profit.

The company further said that Jio will continue to consult with the government on the process of revising telecom tariffs. Which will require all stakeholders. Reliance Jio's statement comes at a time when Airtel and Vodafone-Idea have announced raising tariff rates on Sunday. These companies said that from December 3, prepaid calls and data will be increased by 40 percent.

Reliance Jio on Sunday said it will launch new unlimited plans from December 6, which will raise its voice and data tariff by up to 40 percent. The Mukesh Ambani-led company, however, said that customers will get up to 300 percent more benefits under the new plans and it will offer fair usage policy for outgoing calls from its subscribers on the network of other telecom operators. "Jio will be introducing new all-in-one plans with unlimited voice and data. These plans will have a fair usage policy for calls to other mobile networks. The new plans will be effective from December 6, 2019," the company said in a statement. Jio said it will continue to work with the government on the consultation process for revision of telecom tariffs and looks forward to participation from all other stakeholders. Vodafone Idea and Bharti Airtel have also announced to raise mobile calling and data rates from December 3. Earlier, Reliance Jio, deemed India's fastest-growing 4G network, posted a net profit of Rs 990 crore for the September quarter, marking a 45.3 percent growth from a year ago. Revenue increased 33.7 percent year-on-year to Rs 12,354 crore. In these 12 months, Jio also added 103 million subscribers to its network, with a churn rate of 0.74 percent, which is below the industry average. Jio's total subscriber base now stands at 355.2 million, covering 99 percent of India's population, Reliance revealed. The company further revealed that in the past two years, Jio has witnessed more than 3x increase in voice and data traffic. This is driven by its "deeper 4G network presence and affordable tariffs" that continue to attract first-time mobile internet users.

0 Comments "Bad news for Jio's customers after Vodafone-Idea and Airtel, prices will rise this much from December 6"